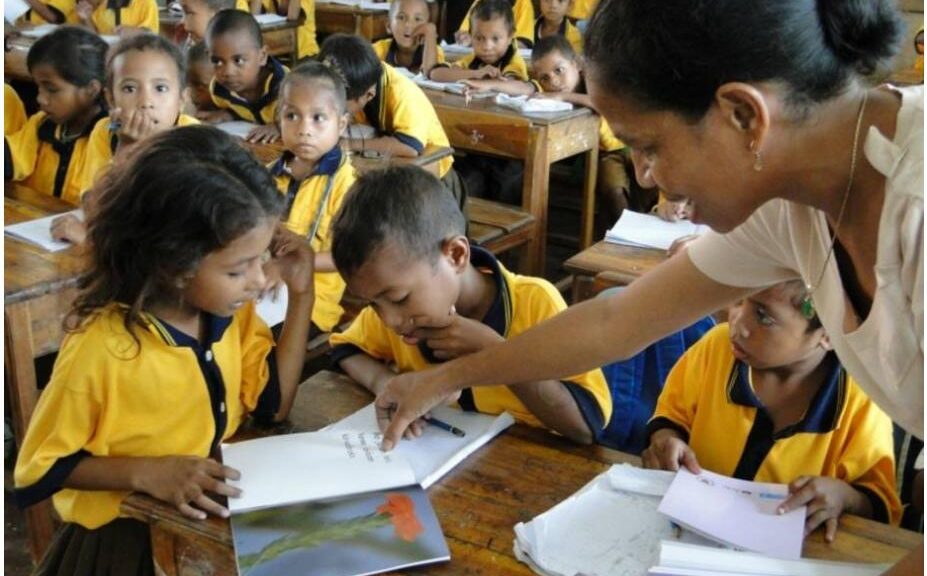 In a regional and international comparison, women havein Timor-Leste relatively good access to political office. Thanks to a quota system – every third candidate on every list must be female – East Timor’s parliament has 38 percent women. Women also head several ministries. The picture is very different at community and village level, where traditions are still very strong: of the 442 villages (Suco, smallest administrative unit) and 2,225 village communities (Aldeias), only 2% are run by women. A new law, passed in July 2016, now requires a female candidate for both Suco and Aldeia elections. In the suco election in October 2016, 319 women competed, compared to 1,752 men. “I have the confidence to stand for election because I feel that I can,” says Otilia Lemos Ximenes. She is one of the 54 candidates which was prepared for its tasks by the Alola Foundation. The training also involved the women’s families so that the women received the support they needed. Numerous organizations were committed to developing leadership skills and key qualifications for the candidates. 21 women were elected Chefe de Suco in 2016.

During the occupation of Indonesia from 1975 to 1999, countless women and girls were victims of sexualised violence at war. A legal review has not yet taken place. With a public hearing, the National Truth Commission gave women a voice and recognition, while creating awareness for the issue. However, victims continue to experience social stigma and exclusion and have very limited access to medical, psychological, reproductive and psychiatric services or treatment, such as CEDAW, the United Nations Committee of Experts on the Elimination of All Forms of Discrimination Against Women, with concern. With participatory methods, the Asosia sauna Chega! ba ita (ACbit) worked together with the National Victims’ Association (NVA) and the women’s rights organization Fokupers with women who had to experience gender-based violence – both during the occupation and in what is now Timor-Leste. According to eningbo, the women have experienced empowerment as a result. They were able to identify the causes of the violence and identify social obstacles to overcoming as well as their needs for support. Together with other NGOs, ACbit invited to a memorial march in Baucau on December 7, 2018 with survivors of sexualised violence as part of the 16-day campaign against gender-based violence. During the historical city tour, around 100 participants learned from the history and experiences of women. When things went bad between the military and the resistance fighters in the mountains, the women were often punished. Many of the survivors were tortured and raped by the Indonesian military. “Why is the government not evaluating our struggle? We didn’t have a weapon in hand, but we gave body and spirit to defend our nation,” said Maria Da Gloria Lemos, a survivor on the tour.

Women are fighting for their rights again today. They have an important part in gaining independence and building the nation. Nevertheless, their history has so far only been written in fragments and is hardly visible in society.

Centro Nacional Chega! and the State Secretariat for Equality and Integration, together with UN Women, along a timeline from 1974 to 2020, highlights some of the contributions that women have made: They appreciate the central role of women in the resistance, in FALINTIL and in the clandestine and diplomatic front. Her commitment at the World Conference on Women in Beijing and the founding of women’s rights groups such as FOKUPERS and OMT rooted a feminist perspective beyond the independence movement in the East Timorese striving for a more just society.

Beatriz Miranda was forced to live with Indonesian soldiers during the occupation. In 2003 she testified before the National Truth Commission (CAVR). Those affected by sexualised violence at war and their children are still marginalized in the society of Timor-Leste. Poverty determines their life.Supported by Asosiasaun Chega Ba Ita – ACbit, the women oppose prejudice, show solidarity and demand recognition. 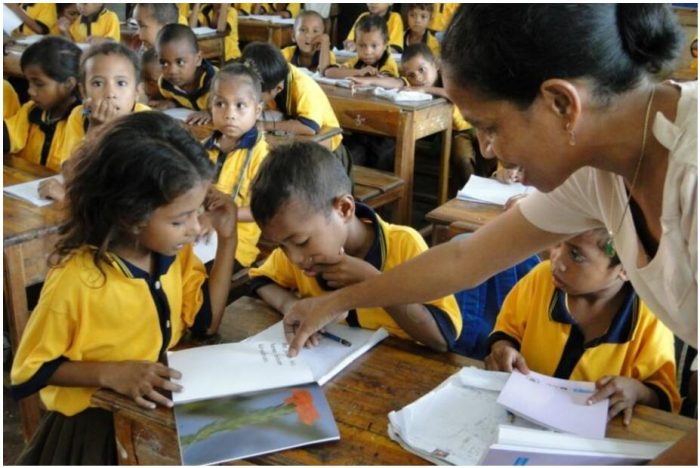 Transgender people and homosexuals fight against stigmatization and social exclusion. They are often confronted with domestic violence. Despite legal protection measures, because same-sex relationships are not criminalized in Timor-Leste and there are laws against hate crimes and discrimination.

Around 500 people took part in the first LGBT Pride Parade in the capital Dili at the end of June 2017. They received support from Prime Minister de Araujo: In a video message he called on the population to create an inclusive nation and to accept people with different sexual orientations and gender identities. For the activists, the parade was a milestone in their struggle for recognition.

With the film “The Road to Acceptance”, released in 2018 with the support of the production company PixelAsia, the youth organization Hatutan Youth documented various LGBTI people. The film is a testimony to the progress made in the fight against discrimination and marginalization of people who are gay, lesbian or bisexual, who feel in the wrong body or who do not want to assign themselves a specific gender.

Asia’s youngest nation is a sign of hope for a region where LGBTI rights are severely challenged in many states.