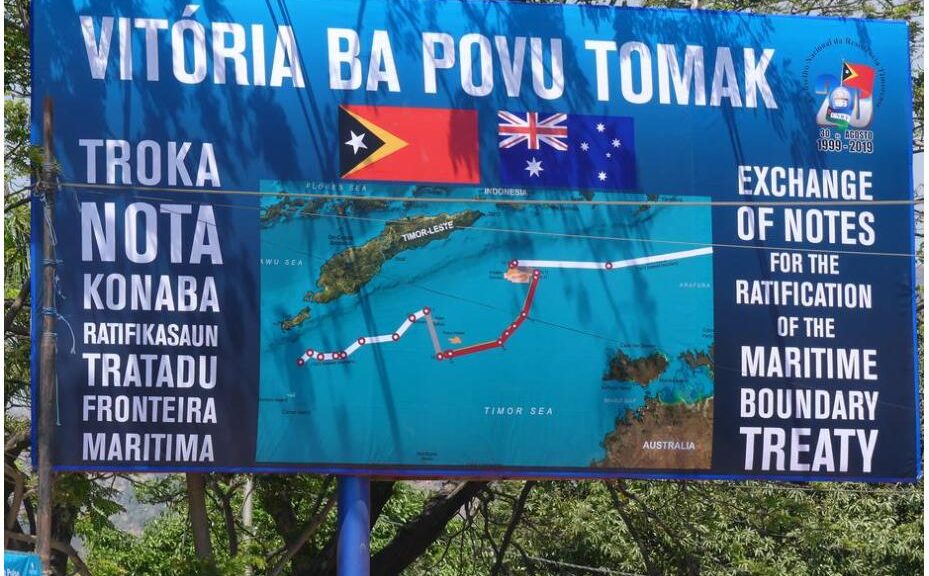 East Timor’s wealth is the oil and gas reserves in the Timor Sea south of the country and north of Australia. After initial controversy, the governments of Timor-Leste and Australia had initially agreed on a Joint Development Area. On January 12, 2006, the two countries agreed in the CMATS contract to share the profits from the oil and gas deposits in the Greater Sun Rise Area 50:50 and not to touch the disputed point on the course of the maritime border for 50 years. The local non-governmental organization La’o Hamutuk and the Australian Timor Sea Justice Campaign criticize the maritime demarcation as not fair.

The exploitation of the Bayu-Undan and Kitan fields peaked in 2011. The fields are expected to reach the end of their economic production between 2021 and 2023. The suspected occurrences in the Bayu-Undan field turned out to be around a fifth lower than assumed after a renewed examination in 2014. For a country whose national budget is largely fed by oil revenues, this is a not insignificant factor. Especially since there is still no agreement on the exploitation of the Greater Sunrise gas and oil field.

In 2013, the government of Timor-Leste raised the possibility of terminating the contract. She questioned the validity of the moratorium on the maritime border: Australia had exploited the inexperience of the leadership at the time and gained advantages through espionage. To clarify, the government called the Permanent Court of Arbitration in The Hague. In a preliminary ruling in March 2014, the court ordered the espionage activities to be stopped. Australia shouldn’t use national security as an alibi for industrial espionage. In September 2014, both states asked the court to postpone the hearing as they were trying to find an amicable settlement. At the end of the year this resulted in a suspension of the proceedings and the intention to renegotiate the sea borders.

According to homosociety, Timor-Leste insists on a sea border that is based on the center line. The Australian continental shelf forms the border in the CMATS. This extends up to 200 nautical miles to Timor-Leste and thus into the exclusive economic zone according to the United Nations Convention on the Law of the Sea (UNCLOS). According to UNCLOS, according to East Timor, the center line should be chosen as the border. Accordingly, the Greater Sunrise gas field would be located in Timor’s sea area. It’s worth an estimated $ 40 billion.

From 21.-24. March 2016, ten thousand people demonstrated peacefully in front of the Australian embassy in Dili, the capital of East Timor. They urged Australia to come to the table with good intentions and negotiate a permanent maritime border along the center line. The Movimento Kontra Okupasaun Tasi Timor (MKOTT), the movement against the occupation of the Timor Sea, called for the largest demonstrations to date in independent Timor-Leste.

On April 11, 2016, Timor-Leste appealed to the United Nations for an arbitration procedure within the framework of the Convention on the Law of the Sea, and is still seeking a judgment in The Hague with the cancellation of the CMATS. According to the then Prime Minister Rui Maria de Araujo, according to international law, Australia was obliged to negotiate a permanent maritime border with Timor-Leste, but despite all invitations it did not do so. So Timor-Leste would have no other option. “The maritime border is a national priority for Timor-Leste. The final step towards realizing our sovereignty as an independent state.” The government of Timor Leste has set up a Council for the Final Delimitation of Maritime Boundaries to which the Maritime Boundary Office (Gabinete das Fronteiras Marítimas) subordinates.

Australia initially rejected the proceedings and continued to see no need for renegotiations, as a “good balance” had already been found with CMATS. Legally, Timor-Leste cannot bring the country to the negotiating table via the arbitration proceedings, as Australia withdrew the recognition of UNCLOS and the International Court of Justice in disputes on the law of the sea in March 2001, shortly before Timor-Leste gained independence.

At the beginning of 2017, Australia finally agreed to the dissolution of the treaty and cleared the way for renegotiating the sea border. In the presence of the UN Secretary General, the two countries signed a new treaty on a permanent maritime border on March 6, 2018. A historic moment for Timor-Leste: Chief negotiator Xanana Gusmão was enthusiastically celebrated as a hero on his return. The Parliament of Timor-Leste voted 42-23 on July 23, 2019 in favor of ratifying the Maritime Border Treaty with Australia, which regulates how the two countries will share billions of dollars in oil and gas wealth under the Timor Sea. The question of whether the Processing of the extracted gas is to take place on the south coast of Timor-Leste or in Darwin, Australia. The contract provides for a reallocation of the profits from the Greater Sunrise gas field. When processing in Australia, Timor-Leste receives 80%; if the gas is brought to Timor-Leste, the proportion is reduced to 70%.

The government of Timor-Leste has so far insisted on processing on the south coast of Timor and plans to build an industrial park with a refinery and port facilities there (Tasi-Mane project). For funding, Timor-Leste is looking to China, which is expanding its influence into the Pacific with its “Belt and Road Initiative (BRI)”. Alternatively, Australia is a good option. The government has already invested around 550 million US dollars in the infrastructure. Including a new airport in Suai and several expressways built by the Chinese government contractor China Overseas Engineering Group. The Australian company Woodside (in a joint venture with Shell, ConocoPhillips and Osaka Gas) prefers the cheaper variant of an offshore system. In October 2018, Timor-Leste bought ConocoPhillips’ 30% stake in Greater Sunrise, and in November 2018 the 26.56% stake from Shell. Timor-Leste now holds a 56.56 percent stake in the oil fields, which could be worth up to $ 50 billion. The USD 650 million for the purchase of the shares comes from the oil fund and was granted as a loan to the small state oil company Timor GAP. As things stand at present, the company does not seem to be able to make the repayments due from 2027.

The vision of an industrial future for the country, based on the processing of resources on the south coast, which Gusmão has propagated so far, is being scrutinized by the new government. The horse was bridled from behind and technical studies were used to justify pre-determined decisions, said Minister for Petroleum and Natural Resources, Vítor da Conceição Soares. The Tasi-Mane project has been sent to the National Audit Office for reassessment and a feasibility study is expected to provide clarification. The purchase of the Shell and ConocoPhilips campaign from Greater Sundrise is rated as “politically motivated”. This means that the Timor-GAP has been exposed to long-term indebtedness “which will ultimately deplete the oil reserves at a high rate”.

Timor-Leste is dependent on oil and relies on the exploitation of the Greater Sunrise fields: the clock is ticking. 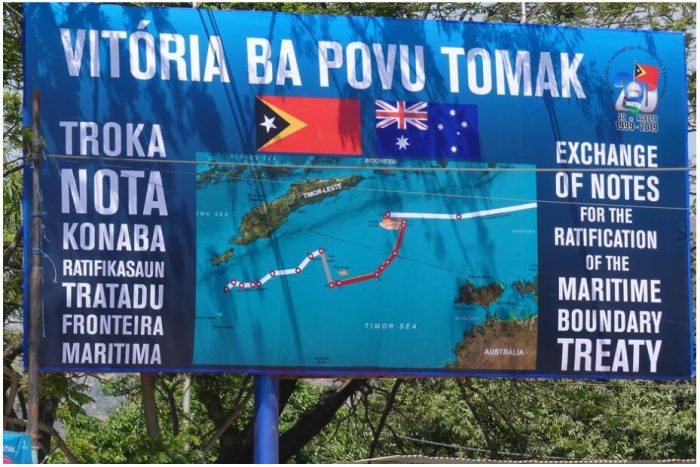