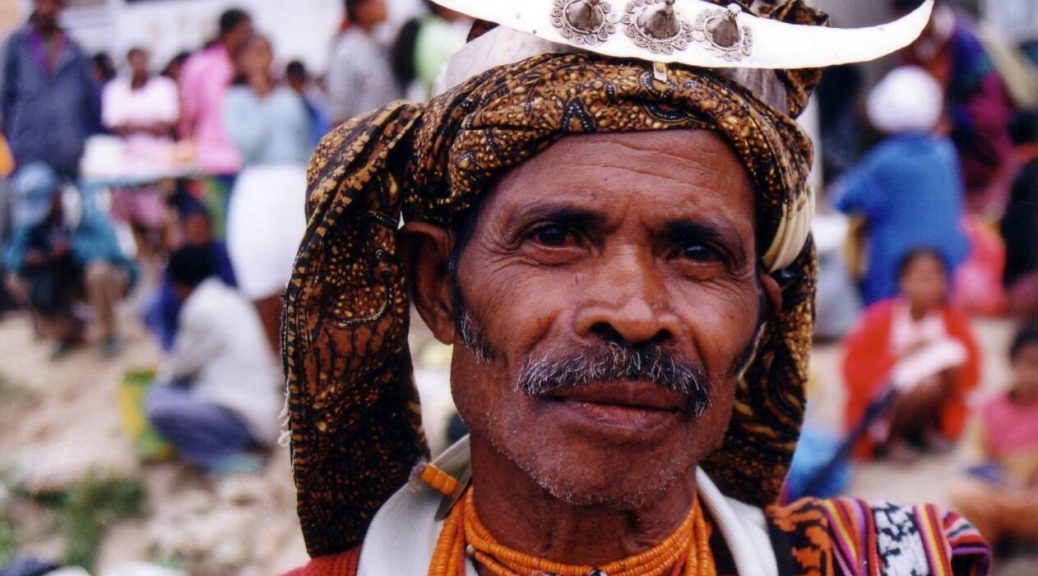 Time and time again, outsiders are amazed by the ethnic and, associated with it, linguistic and cultural diversity in Timor-Leste. The same applies in Timor: we learn our identity from culture (husi cultura ita hatene ita nia identidade).

In the course of various migrations from around 40,000 BC BC, different paths seem to have crossed on Timor: in addition to Malay and Melanesian influences, there are also Papua-dominated ethnic groups and influences of the Australian Aborigines. Influences from Portugal and its African colonies were added later. Even Arab and Chinese traders settled here.

The same diversity is reflected in linguistics. Researchers assume that there are more than 40 ethno-linguistic groups in Timor-Leste alone. Today the country has two official languages (Portuguese & Tetum) and also two working languages ​​(Indonesian & English), 17 regional languages and a number of dialects.

The heterogeneity is also evident in the culture and the former tribal societies, which were characterized by small ruling groups. The traditionally politically most powerful man of such an association is the Liurai; it is still very important today. During the Portuguese colonial period and the Indonesian occupation, much of the traditional culture was taken away, much influenced and changed. The part of Timorese culture that used to be best known in the West was the ritual of headhunting, which was stopped by the Portuguese at the beginning of the 20th century and which is now used as a ‘replacement’ in cockfighting. Ritual body modifications serve to connect with the ancestors and to use supernatural powers. On the south coast of Timor-Leste they were previously used for the ritual recognition of marital relationships.

According to mathgeneral, the social structure of the societies in Timor-Leste are based on unifying values and beliefs around kinship, ceremony, spirituality, agriculture, medicine, architecture, music and weaving. Both dyeing and weaving of fabrics (tais) are social processes to share cultural practices.

The life of most East Timorese is ordered by their position within a network of relatives. The outstanding characteristic of the extended family is its comprehensive ethic of mutual help within a group. Families are linked in a system of “women givers ” (umane) and “women takers ” (fetosaan). This forms the socio-cultural structure in which collaboration and social unity are promoted through shared commitments and values. You know which house (uma) you are related to. In order to strengthen the bonds between the families, goods negotiated during the marriage change hands. The families come together for “life affairs ” (lia moris) such as weddingsor sacred houses, and the “matters of death” (lia mate), such as memorial services and funerals. These ramified alliance systems survived all external influences.

The indigenous culture is the strength for Timor-Leste’s development. “I am impressed by the Timorese pride in their cultural heritage and how indigenous practices have translated into important advances in environmental protection,” said Victoria Tauli-Corpuz, UN Special Rapporteur on Indigenous Peoples’ rights, during her visit in April 2019. “The vast majority of the country shares indigenous values and spiritual beliefs, which are reflected in local institutions, customary law and land management. Unlike many other indigenous peoples, the Timorese gained political self-determination.” 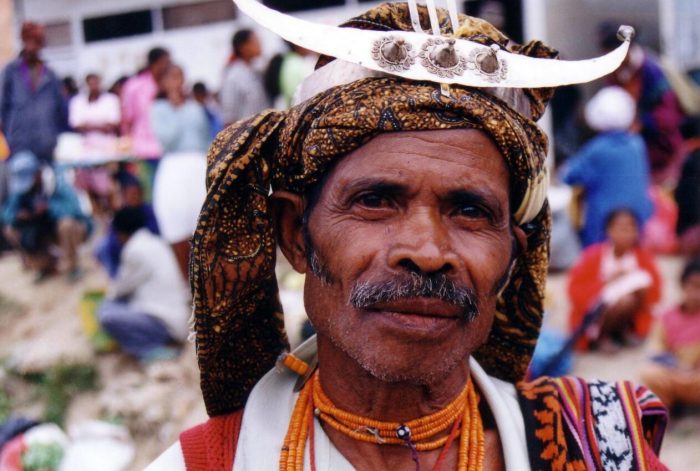 Language as an expression of identity

The language regime is politically not undisputed in Timor-Leste. The choice of Portuguese came from the old elite, the 1974/75 generation, who hold key positions in the country’s leadership. Portuguese was the language of resistance and by choosing this language, the cultural and historical demarcation from the neighboring world should be made clear. In addition, Timor-Leste was connected to the large community of Portuguese-speaking countries around the world. For East Timor’s father of independence, Xanana Gusmão, this language is an expression of the East Timorese identity – an identity that was also shaped by the Portuguese colonial rule.

Timor-Leste is a young country. An East Timorese identity of its own has developed mainly as a result of the resistance to the brutal annexation by Indonesia. After the goal – independence – was achieved, the country is now struggling with the task of consolidating its identity as a state and nation.

Portuguese, which is supposed to take on an identity-creating function in East Timor, has so far only been spoken and understood by a minority. Indonesian is the common language for the majority of the population, especially the younger generation who grew up under Indonesian rule. The local language Tetum – more precisely its Creole variant Tetum Praca, which has taken up many words from Portuguese and Indonesian – has established itself as the lingua franca over the centuries. Tetum is the mother tongue of a good 40% of the population. As a written language, however, it has only been moderately standardized so far. Altogether there are at least 17 languages in small Timor-Leste, countless of the different dialects. In the constitution, they are recognized and valued as “other national languages” alongside Tetum. In the 2010 census, the population was recorded according to their mother tongue. The survey covered 32 local languages plus Portuguese, Indonesian, English, Malay, Chinese, and more. The individual local languages and dialects are mostly geographically bound. The regional languages are almost all Austronesian (e.g. Mambai, Kemak, Galoli), but there are also three Papuan languages in East Timor (Makassae, Bunak, Fataluku).