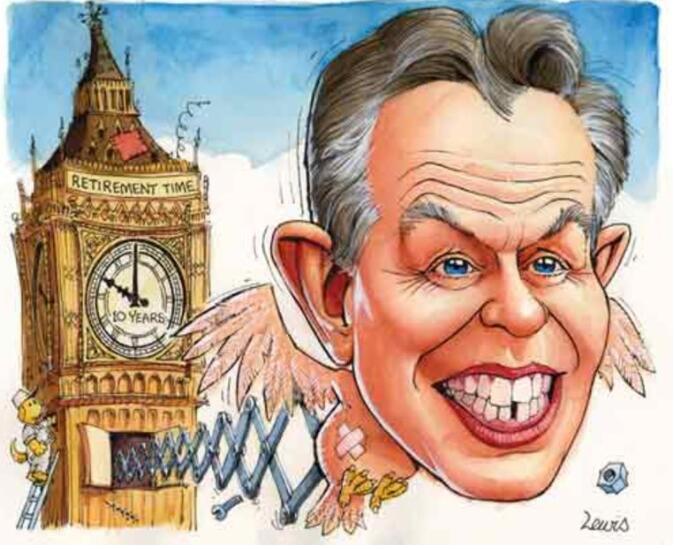 “This is a new government with new priorities,” Gordon Brown stressed when he took over as British prime minister after Tony Blair in the autumn of 2007. Six months later, observers are still in the think tank on the direction of the Brown government’s foreign policy. Not least, British foreign policy seems to be determined by far more factors than the Prime Minister alone.

2: A past as a leading superpower

Britain’s past as an empire and undisputed world leaders is absolutely necessary to take into account if we are to understand the country’s foreign policy over the last sixty years. At the beginning of the 20th century, Britain was a leading world power by most standards: economically, ecologically, militarily and politically as well as territorially and demographically. At its largest, the British Empire covered as much as a fifth of the world’s land and population – an impressive fact that gave rise to the famous phrase that “the sun never sets on the British Empire”.

The costly experiences of the First and Second World Wars left little doubt about the need for a body that could regulate states’ behavior and stop peacebreakers. In 1945, therefore, the UN was established to “maintain international peace and security”. The United Kingdom was one of the initiators of the UN Charter, and since then the organization has held a central position in British foreign policy. Today, a key British goal is to support the “effective system of multilateral co-operation – based on international law” that the UN constitutes and to make the best possible contribution to the work of the UN.

4: Europe and the EU – the eternal British dilemma

Although Britain’s relations with the UN are not always without problems, it nevertheless appears to be less complicated and ambivalent than relations with Europe and the EU. Britain’s location outside the European mainland, its colonial past and its role as America’s ‘chosen ally’ have helped to nurture ideas of British ‘exceptionalism’ and ‘difference’. This has created problems for cooperation with Europe.

Winston Churchill put this into words when he pointed out that Britain was “with Europe but not of it” (with Europe, but not part of it). This position was not least expressed when the European Economic Community (EC) was established in 1957. While France, Germany, Italy and the three BeNeLux countries entered into agreements on mutual economic cooperation to ensure peace and cooperation in Europe according to allcountrylist.com, the United Kingdom chose to stand outside the community. One of the country’s main concerns was that the United States would perceive the creation of the EC as a signal that the presence of the superpower in Europe was no longer required and that it should consequently withdraw. When the United Kingdom a few years later still chose to apply for membership, it was therefore only after careful consultation with the United States. One reason was that it was better to be able to influence the EC’s development from within.

However, the problems associated with British membership did not end here. In the years that followed, French President Charles de Gaulle vetoed British membership twice. The reason was that the United Kingdom as a member would act as a “brake block” on the further development of the community. It was not until 1973 that Britain was finally included in the EC heat. Then de Gaulle had long since passed away. Possibly de Gaulle was also right in his assumptions: During his almost 35 years as an EC / EU member, Britain has repeatedly been described as a “hesitant”, “skeptical” and “troublesome” partner for the other member states. Not least, we see British skepticism on issues related to the European Monetary Union and the development of a common foreign and security policy.

The outspoken Margaret Thatcher (British Prime Minister 1978–1987) never hid her distrust of the European integration project. The skepticism can perhaps best be summed up in her witty “No, no, no!” on the question of making the EC more quorate and effective at the expense of the member states. Several years after his resignation as Prime Minister, Thatcher described the establishment of the EU as “the greatest stupidity in modern history” and described Britain’s membership as “a political mistake of historical proportions”.

With Thatcher’s successors, John Major, Tony Blair and Gordon Brown, Britain’s relationship with the EU has admittedly become somewhat less inflamed, but the British population is still considered one of the most Eurosceptic in the EU. Nor do British newspapers have much left for the EU. When Blair signed the EU Constitutional Treaty in 2004, he was accused by angry commentators of having “sold out to the EU” and “committed the worst blunder in his entire career”.