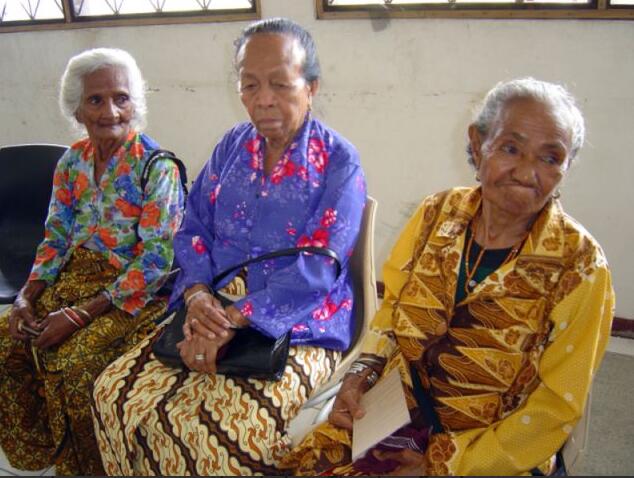 The governor Lopes de Lima reached a formal agreement on the division of the island into an east and a west part in 1851. In financial distress he left the Netherlands for the allocation of the Maubara area to the Portuguese part of Timor and the sum of 200,000 florins Portugal’s claim to Flores, Solor, Alor and Pantar. In Lisbon it fell out of favor, but negotiations between the two colonial states resulted in a treaty with almost identical content in 1959. Neither state exercised territorial control. Ultimately, however, the question of what their claim to ownership was derived from is of secondary importance. While the former Dutch East Indies became the independent Republic of Indonesia after World War II, East Timor remained as an “overseas province” until 1975 with Portugal.

For a long time the rule of Portugal was limited to coastal bases. It was not until the mid-19th century that the process of effective occupation of East Timor began. With the suppression of the last great uprising, the Manufahi Rebellion, in 1912 it was over. With a clever ‘divide and rule policy’, all ruling associations (reinos) were brought under Portuguese suzerainty. This made them pay tribute and had to provide troops. To compensate for the declining coastal trade, the Portuguese brought coffee to East Timor.

During the Second World War, the Japanese campaign of conquest in the Southeast Asian-Pacific region did not stop at Portuguese Timor, whose strategic location offered itself as a springboard to Australia. Against the will of Portugal, the Allies stationed Australian and Dutch-Indian troops as a precaution in December 1941. In February 1942, Japan marched into Timora. Portugal protested again, but was satisfied with the assurance that the occupation was only intended for the duration of the war and that Portugal’s neutrality would be recognized. Through skillful diplomacy between the Allies and the Axis Powers, fascist Portugal under Salazar knew how to secure rule over its colonies beyond the Second World War. In return, Portugal granted the United States and Great Britain an air base in the Azores in 1943. Martyrdom began for the people of East Timor. Three years of bloody guerrilla war broke out in which most of the East Timorese fought alongside the Australians. After they had to capitulate in March 1943, they had only stationed an independent Australian company of 300 men on the island. They were evacuated in January 1943, after which the Australian secret service commandos operated in Timor with the support of East Timorese.

Japan had around 15,000 soldiers in Timor. They systematically burned entire areas. They took brutal revenge on the population for supporting the Allied troops. As everywhere in Southeast Asia, the Japanese troops pressed the locals into forced labor as work slaves (romusha). Girls and women were sexually enslaved and forced to serve in so-called ‘comfort stations’. Only after the Indonesian occupation in 1999 did victims of World War II find space in East Timor to testify about what they had experienced and gain recognition. The Central Communication Forum for East Timorese Ex-Romusha and Comfort Women identified 3,450 direct victims of the Japanese occupation and recorded their statements. Local and Japanese human rights and women’s organizations held a public hearing for the victims in Dili in 2006 and recorded their stories in the form of an exhibition and video documentation. “Luta ba Lia Loos no Justisa” – the fight for truth and justice – is the title of the accompanying book, which was published in 2017.

According to businesscarriers, the Timorese losses in World War II were immense: between 40,000 and 60,000 people (with a population of approx. 472,000 residents) were killed. Most died of disease and starvation. On September 5, 1945, the Portuguese colonial administration returned to a destroyed country without encountering any significant resistance.

Today Japan is one of the largest donors of development cooperation with Timor-Leste and has contributed a great deal to the country’s reconstruction. In 2001 the Japanese government forced the use of armed Japanese troops (Self-Defense Forces) for the first time with the aid of East Timor under the UN interim administration. Leading East Timorese and Japanese non-governmental organizations spoke out against the participation of Japanese soldiers in the peacekeeping forces in East Timor. This would open old wounds. They called on the government of Japan to recognize the war crimes in East Timor, to apologize and to compensate the victims. The then Foreign Minister José Ramos-Horta, however, expressly welcomed the participation of Japan: The citizens should forget the tragic events of the Second World War, which was long ago.

At the event “Sex slavery in World War II, fighting the ongoing struggle for justice and truth” in Dili in March 2019, the General Director of the Ministry of Education, Youth and Sports (MEJD), Antoninho Pires, spoke out in favor of the events that are taking place occurred in Timor-Leste during World War II, to be documented historically and included in the curriculum.

“The curriculum offered generally talks about World War II and people coming to Timor, but not specifically what they did in Timor.” It was important for the young generation to know the history of their country and to know what happened in 1942-45, emphasized a student at the event.