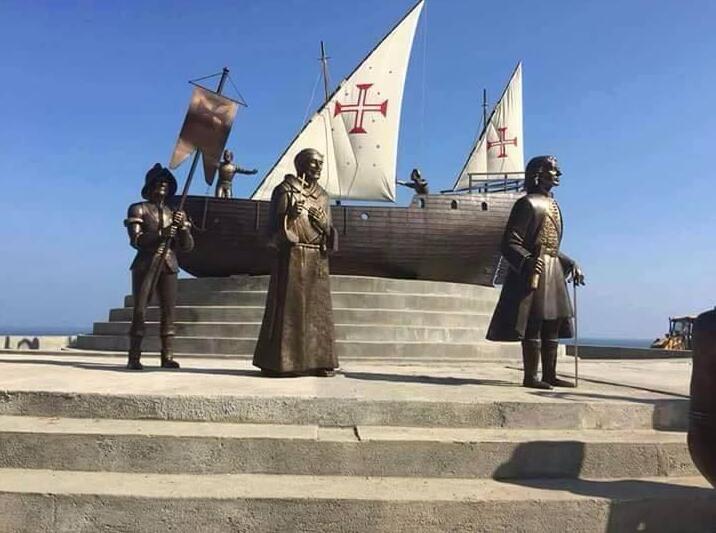 The national flag of Timor-Leste shows two overlapping isosceles triangles with a star. Yellow stands for the traces of the colonial era, black for the obstacles that have to be overcome, red for national liberation and white for peace. The star points the light into a better future.

The flag was first used by the FRETILIN party when they unilaterally declared the independence of the Portuguese Timor colony and the Democratic Republic of East Timor on November 28, 1975. With the restoration of independence on May 20, 2002, after 24 years of occupation by Indonesia and 2 ½ years under interim administration by the United Nations, it was adopted as the national flag.

According to aristmarketing, the Timor-Leste coat of arms was introduced on January 17th, 2007 by Law 02/2007. It is based on a design that was first used when the Fretilin unilaterally proclaimed its independence on November 28, 1975. It replaces the coat of arms used since independence in 2002, which was based on the shield of the Conselho Nacional de Resistência Timorense CNRT (National Council of the East Timorese Resistance) with the 2 crossed traditional swords (surik).

In today’s coat of armsThe white color, the star and the rays symbolize peace and stand for the light of solidarity. The red-gold-black symbol in the middle symbolizes the Ramelau mountain. The open book, the cog, as well as the cob and rice ear stand for the ability of people to develop, express education, culture, social justice and agriculture and industry. The motto ‘Unidade, Acção, Progresso’ (unity, action, progress) represents the fundamental political and moral values to which the nation is committed. The set, consisting of the automatic rifle (AK-47), the traditional spear and bow, symbolizes the centuries-long resistance struggle for national liberation and the people’s self-defense for the honor and dignity of the sovereignty of the state.

The representation of weapons as an expression of national unity and perpetuated in the symbolism of the state is the wrong choice for a country that has experienced so much destructive violence, the East Timor Law and Justice Bulletin critically states.

The national anthem ” Pátria ” was composed in 1975 by Alfonso de Araújo, the text is by Francisco Borja da Costa. It was the anthem of the Democratic Republic of East Timor, which was unilaterally proclaimed on November 28, 1975. Nine days later, on December 7, 1975, Indonesia occupied the Portuguese colony. Borja da Costa was executed by the Indonesian military on the day of the invasion and Alfonso de Araújo in 1979.

The early history of East Timor

East Timor or Timor-Leste, as the country is officially called, is the youngest and the poorest country in Southeast Asia: it was dismissed in the independence on 20 May 2002 by UN Secretary General Kofi Annan. The divided island at the eastern end of the Malay archipelago is far from the world’s centers of power, and yet it has repeatedly been the plaything of foreign powers. Portugal cherished the eastern part of Timor for over 450 years, during World War II the island became the scene of the war between Japan and the Allies. The first political attempts in the phase of decolonization in 1975 resulted in a civil war. The unilaterally proclaimed independence lasted only 9 days, then it was attacked by Indonesia on Dec. 7, 1975 and East Timor has been occupied for 24 years. The island of Timor can look back on a turbulent history that shaped the country and its people.

The earliest written information about Timor is found in Chinese sources from the 12th and 13th centuries. Timor’s sandalwood was a coveted commodity among Chinese traders. Around 1515 Portuguese seafarers advanced as far as Timor. The first European source dates from 1522 by Pigafetta, a chronicler of Magellan from Portugal, sailing under the Spanish flag. In Timor, the European colonial rulers encountered traditional tribal societies that lived in small rulers. Relations with one another were characterized by alliances and splits, feuds and wars.

The prospect of a lucrative trade brought the Portuguese to the Malay archipelago at the beginning of the 16th century. After Alfonso de Albuquerque conquered the trading port of Malacca in 1511, Portuguese seafarers – and later traders and missionaries in their entourage – advanced further into the archipelago and soon reached East Timor in search of the coveted sandalwood. But the rulers on Timor were still so powerful that the Portuguese could not establish a base there. They switched to the neighboring island of Solor. The Dutch also increasingly penetrated the Malay archipelago. They conquered Solor in 1613, and the Portuguese then moved on to Larantuka on the island of Flores.

In 1670 the Portuguese succeeded in gaining a foothold in Lifau, in the western part of the island of Timor, and establishing a small base. Tired of the constant attacks by Timorese rulers and the advancing Dutch colonial rulers, the Portuguese gave up the place in 1769 and relocated their seat of power to Dili. The enclave Oecussi emerged from Lifau. 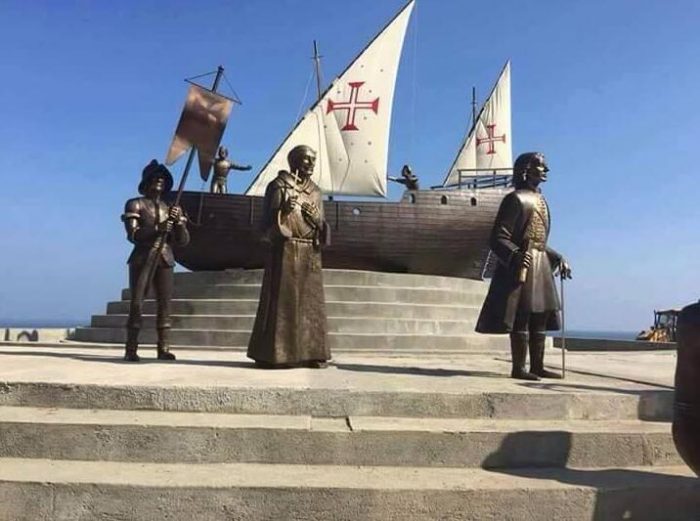