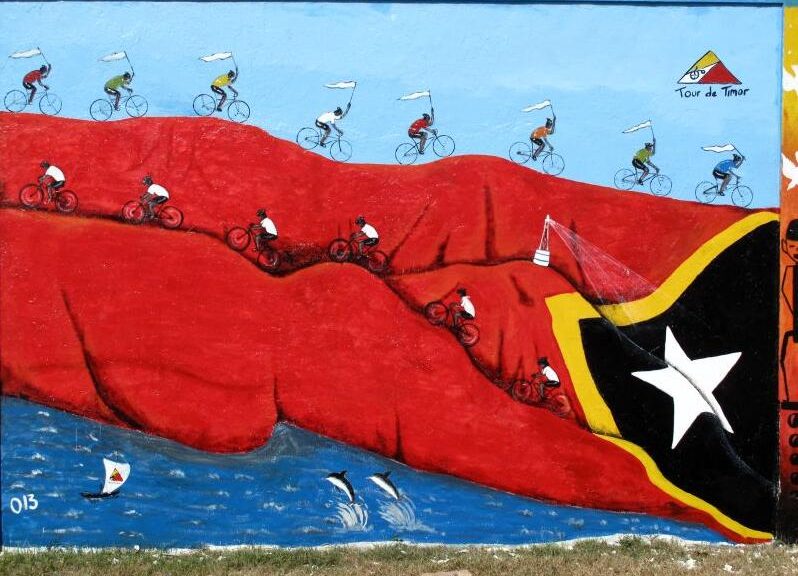 Timor-Leste is in the transition from a violent conflict to a stable peace process and nation building. The country is one of the least developed countries (LDC). The social situation is characterized by structural poverty and lasting traumatic experiences from the past. Since the crisis years 2006 – 2008, the fragility of the state has given way to robust stability. The government of Xanana Gusmão (2007-2017) was able to tackle pressing problems and conflicts effectively. With the help of the income from the petroleum fund, which amounted to 18.47 billion US dollars as of September 2020, infrastructure measures were carried out, the internal refugees were paid off and the mutinous soldiers returned to civilian life. Around 37,000 veterans (2012) from the struggle for independence receive pensions. Seniors and the most needy families also receive support through the Ministry of Social Solidarity and Inclusion. Private household consumption has increased. Other indicators such as school enrollment, life expectancy and child and maternal mortality are also slowly improving.

Time and time again conflicts escalate in Timor-Leste. It can be observed that these conflicts break out unexpectedly and with great violence. They can quickly draw wide circles. Violent behavior is a common means of asserting interests in everyday life and in political culture. But its legitimacy is diminishing. The Global Peace Index placed Timor-Leste in 2020 rank 54 out of 163 countries (2019: rank 48; 2018: rank 59).

The prevailing opinion is that the greatest obstacles to peace are personal and political rivalries and power struggles within the political elite. Many put hope in a generation change and the development of a rational, more professional type of politician who draws his legitimacy less from his role in the resistance and from loyalties to political figures rooted there. The human rights crimes during the civil war as well as internal cleansing and crimes of resistance against the civilian population during the occupation by Indonesia 1975-1999 are still strongly taboo. Therefore there is no generally accepted interpretation of the history of the resistance, the occupation and the resistance struggle. According to constructmaterials, citizens of Timor-Leste see thisThe main obstacle to peace, according to the result of nationwide consultations by the local Center for Peace and Development (CEPAD). Such a confrontation could contribute to a healing process in order to be able to reconcile with the past and with one another. The work of the Truth and Reconciliation Commission CAVR has so far not been used sufficiently to promote a vision of peaceful coexistence and a renunciation of violence. A lack of reappraisal also marks the handling of outbreaks of violence, such as the 2006 crisis. With an exhibition on Chega! the Truth Commission offers especially to young people an opportunity to grapple with the history of East Timor under Indonesian occupation. East Timor’s history is honored in the Museum of Resistance.

Civil society organizations in conflict and peace work (including ACbit, Asia Justice and Rights – Timor-Leste, Ba Futuro, Belun, CEPAD, Empreza Diak, Institute for Peace and Conflict Studies, Fundasaun Mahein, PRADET, Rede Feto) work on a broad basis Spectrum of topics in very different social fields, partly with the involvement of state actors. They submit offers for peaceful conflict resolution and work with society on transforming violent behaviorand do de-escalating youth and social work. You are also active in the field of crisis early warning. The changed perception of gender roles also supports conflict prevention, according to the local organization Belun, which has been working with UN Women since 2017 as part of the Women, Peace and Security program. Catholic educational institutions, such as the Fundasaun Cristal of the Salesian Order, run peace education programs.

At the state level, the Department for Peace Building and Social Cohesion (DPBSC) of the Ministry of Social Solidarity (MSS) maintains a dialogue team. At the request of community leaders, the team helps promote reconciliation processes to restore relationships between the conflicting parties. The traditional dispute settlement mechanism “Nahe Biti Bo’ot” is used here, with which peace and reconciliation are strengthened through the power of a public agreement. In the presence of local authorities (state and district and community leaders, police, representatives of the judiciary and social leaders such as the elders, the Lia-Na’in), NGOs and community members, both sides conclude a peace agreement and refrain from using force.

The potential of civil conflict management has grown steadily in recent years, and the support of German governmental and non-governmental institutions (including Misereor, Agiamondo with the Civil Peace Service program) also contributes to this. On behalf of the Federal Ministry for Economic Cooperation and Development, GIZ has already trained more than 800 people in mediation in Timor-Leste. Together with the State Secretariat of Youth and Sports (SSYS) of Timor-Leste, she has been running the Peace Fund since 2009 and continues to support peacebuilding youth projects today. 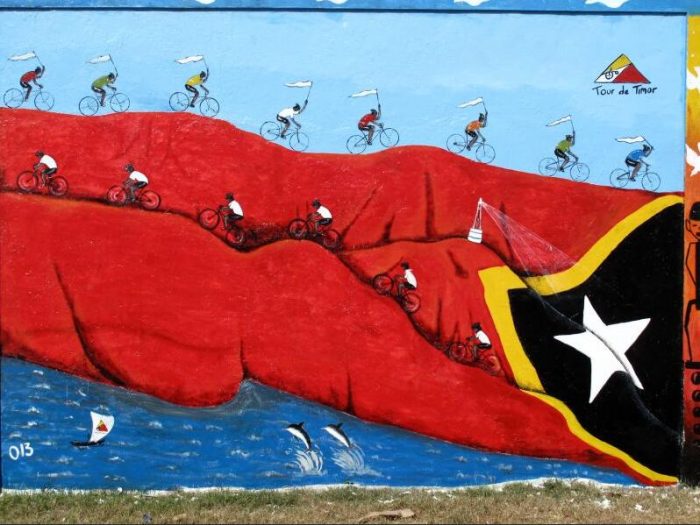