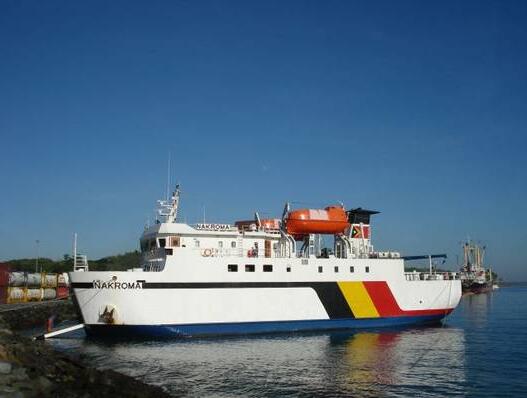 The United Nations Refugee Agency was able to cease its activities in Timor-Leste in January 2012. The country had overcome its humanitarian crises. The relief organization had been active there since May 1999, helping with the supply and repatriation of internally displaced people and those displaced to West Timor.

The countries Australia (AusAID), Japan and the EU with its member states are among the largest donors. Together with the government of Timor-Leste, Australia launched the integrated program Partnership for Human Development in 2017. The program is designed for ten years. As part of the National Indicative Program of the 11th European Development Fund 2014-2020 of the EU, Timor-Leste receives 95 million euros for rural development, good governance and to support civil society. Progress in implementing the cooperation will be reviewed at the annual steering committee meetings.

After the United Nations ended their mission in Timor-Leste on December 31, 2012, they remained present in the country with a United Nations Country Team. The task of the country team is to support the government in its efforts in peacebuilding, nation building and sustainable development.

According to hyperrestaurant, Timor-Leste is one of the countries benefiting from the UN-EU Spotlight initiative. The program aims to support government action to eradicate violence against women and girls. The three-year funding (from 2020) of the Spotlight initiative in Timor-Leste amounts to 15 million US dollars. The initiative is led by the UN coordinator and implemented jointly by UN-Women, UNDP, UNICEF, UNFPA and the ILO at the national level. The Spotlight initiative is a multi-year partnership between the European Union and the United Nations with a total budget of 500 million euros to eradicate all forms of violence against women and girls by 2030.

As part of the EU’s Global Alliance against Climate Change + (GCCA +), the European Union and Timor-Leste signed a $ 5.5 million financing agreement in January 2020 to help rural communities combat the negative effects of climate change support.

As a contribution to aid effectiveness, the government organizes the Timor-Leste Development Partners Meeting (TLDPM) in Dili every year. The meeting serves to coordinate the donors. It offers an opportunity to exchange ideas about development successes, challenges and future priorities in development cooperation. FONGTIL, the national NGO forum, represents the interests of civil society organizations and contributes position papers. Relevant data on multilateral and bilateral development cooperation are publicly available in the government’s Aid Transparency Portal.

Timor-Leste is not only a founding member of the g7 +, an association of originally seven politically fragile states, the aim of which is to represent common interests vis-à-vis the donor states. Timor-Leste also took over the 1st chairmanship of the g7 + with the then finance minister Emilia Pires, which has now grown to 19 states. After her term of office, at the end of May 2014, Emilia Pires was appointed special envoy. In December 2016, the court in Dili in absentia – Emilia Pires is in Portugal – sentenced her to seven years in prison for corruption. Former President and Prime Minister Xanana Gusmão sits on the Advisory Boardthe g7 + and was named a renowned personality there. Dr. Helder da Costa is the coordinator of the g7 + secretariat.

The g7 + group played a key role in drawing up the “New Deal for Engagement in Fragile States” adopted in Busan in 2011, which created a new basis for cooperation, and Timor-Leste is one of the 7 pilot countries.

Finance Minister Emilia Pires (no longer included in the government reshuffle in February 2015) was appointed to the 26-member high-level panel for global development after 2015 by UN Secretary-General Ban Ki-moon on July 31, 2012. The task of the committee was to make recommendations for the fight against hunger and for sustainable development beyond the deadline of the Millennium Development Goals. In consultations with the population in five districts and in discussions with civil society organizations and the private sector, the ministry investigated which factors contribute to poor living conditions and what would be important for the population to counteract. The report is a reflection of the development challenges identified by the population in East Timor. In a national consultation the following priorities were worked out: 1. Promote Inclusive National Dialogue, 2. Promote State Ownership, 3. Creating Job Opportunities, 4. Equal Access to Justice, 5. Environment and Climate Change, 6. Social Protection for People with disability.

With the adoption of Agenda 2030 to 17 goals for sustainable development (Sustainable Development Goals, SDGs) in September 2015 (the agreement effective January 1, 2016 in force), the Government of Timor-Leste addressed an immediate SDG working group one, in the all government agencies and ministries are represented. Together with the eight countries of the high-level panel (Brazil, Colombia, Germany, Liberia, South Africa, Tanzania, Tunisia), Timor-Leste made a statement and committed to setting a good example in implementing the SDGs. In May 2017 the government hosted the “Global Conference on the 2030 Agenda: A Roadmap for SDGs in Fragile and Conflict-Affected States” and introduced the Timor-Leste SDGs Roadmap.

Timor-Leste is a member of the SDG 16+ Forum (Peace, Justice and Strong Institutions), which was founded in April 2016. In November 2019, Timor-Leste will host the annual showcase of the SDG 16+ Forum. Practitioners, policy makers and thought leaders come together to share best practice and learn from one another.

In 2019 Timor-Leste will present a Voluntary National Reviews (VNRs) at the High-Level Political Forum (HLPF) and report on challenges and progress in implementing the 2030 Agenda at national level.