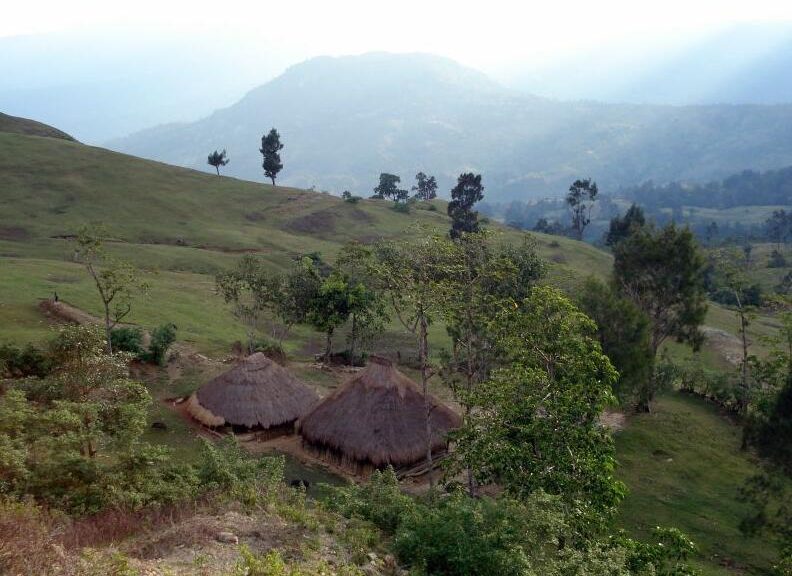 The island of Timor is the largest of the Lesser Sunda Islands and is located at the eastern end of the Malay Archipelago (now also known as the Indonesian Archipelago). The independent eastern part of the island covers 14.874 km², including the offshore islands Atauro and Jaco, as well as the enclave Oecussi in the western part of the island, which belongs to Indonesia. In terms of area, Timor-Leste is about the same size as Schleswig-Holstein. The Timor Sea extends over 500 km south to Australia, the Timor Trench reaches a depth of up to 3,330 m. The rough sea in the south is called Tasi-Mane, the man’s sea, while the calmer sea in the north is called Tasi Feto, Sea of ​​Woman.

According to a2zgov, the landscape structure of East Timor is characterized by palm and mangrove forests on the coasts and forests, grasslands and savannas in the interior of the country. The geologically still relatively young island is characterized by a massive mountain range that stretches from northeast to southwest. About a third of the country’s area is between 500 and 1,500m above sea level. In the north, the mountains drop steeply into the sea, while in the south there are more extensive coastal terraces that are used for agriculture. The highest peaks of East Timor are the Ramelau (2,963m) and the “mountain of the deceased souls”, Matebian (2,316m). The country is crossed by 29 rivers of which only a few carry water all year round. East Timor’s soil forms vary regionally (volcanic, limestone, limestone marl), but a soft clay soil called Bobonaro (corresponding to the city and region of the same name in the west of the country) is particularly typical. In East Timor, copper, manganese, gold and coal are found in mineral resources. The real wealth is the oil and gas deposits in the Timor Sea.

The country is embedded in a maritime ecosystem that is one of the most resource-rich in the world. Whales, dolphins, manatees, sharks, crocodiles and five species of sea turtles as well as reefs and corals occur – which has been attracting diving tourists since 1999, but also illegal fishermen from China. The wealth of biodiversity in the sea off Atauro is record-breaking. Timor-Leste is a member of the Coral Triangle Initiative (CTI) and internationally recognized for its exceptional marine life and commitment to ocean conservation and marine ecotourism. Mission Blue, an international non-profit organization for the protection of the seas, has recognized the northern waters of Timor-Leste in the newly designated hope area of the Ombai-Wetar Strait. The so-called “Hope Spots” are special places that are of crucial importance for the health of the ocean and show the highest biodiversity.

In 2008, East Timor’s first national park opened. The Nino Konis Santana National Park comprises the area around Tutuala on the eastern tip of the country, the offshore island of Jaco and in the sea the coral triangle there. The national park is home to unique cave paintings, some of which are over 40,000 years old. The Foreign Office in Berlin supports a project on cultural preservation through the German Embassy in Jakarta. The Kay Rala Xanana Gusmão National Park in the Ainaro district, inaugurated in October 2015, is intended to symbolize the resistance against the occupation by Indonesia as a place of national liberation. 15 nature reserves(Protected Natural Areas, PNA) designated the United Nations Interim Administration (UNTAET) in 2000. They are also legally protected in the independent Timor-Leste. The areas include the Tatamailau (Ramelau), Matebian and Monte Mundo Perdido mountains, as well as the Tasitolu Peace Park near Dili with its three salt lakes. The government has adopted a strategic plan to protect biodiversity. The maned deer (Rusa timorensis) is on the red list of threatened animals. The country has potential for ecotourism. 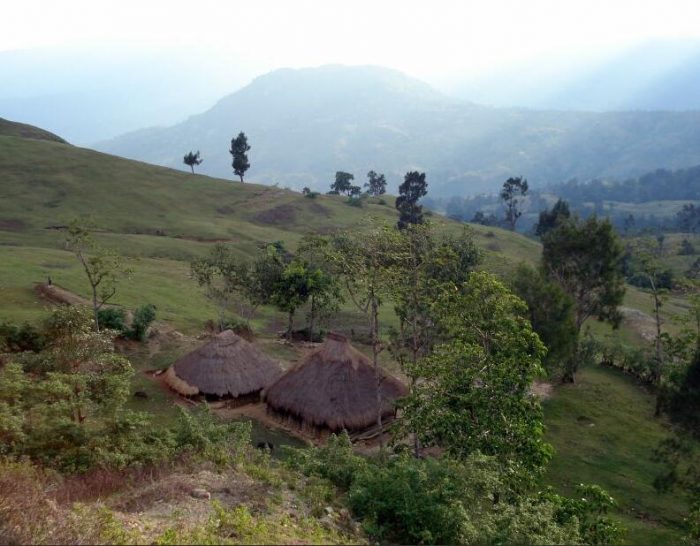 The tropical climate in East Timor is characterized by a dry and rainy season. The rainy season lasts from November to April. It is the phase of the main agricultural activities, at the end of the rainy season the harvest takes place. Floods are common in the rainy season. During the east monsoon there is a dry season from May to November. Droughts are common during this time as some regions do not rain at all. The temperature at this time is around 30 °C during the day (with regional differences).

Around 72% of the 1,167,242 (2015) East Timores * live in villages (suco) and small villages (aldeia) in rural areas. Since independence, people looking for work have been drawn to the capital Dili, whose population has tripled. According to the 2015 census, 222,323 people live in the metropolitan area of Dili, which corresponds to around 20% of the population and makes up two thirds of the total urban population. With 17,545 residents, Baucau is the next largest city, followed by Lautém with 12,665 residents.

Timor-Leste is divided into 13 administrative districts. These are in turn subdivided into 65 sub-districts, 442 sucos and 2,225 Aldeias. Atauro island is part of the Dili district and Jaco is part of the Lautém district. The main traffic routes are the two coastal roads in the north and south of the country, as well as the five cross connections.

After the vote for independence in 1999, pro-Indonesian militias and Indonesia’s military destroyed around 70% of the country’s infrastructure. The intervention of the international protection force INTERFET ended the raging. Expansion and improvement of the road network, energy and water supply, education and health care are pressing challenges facing the young country.