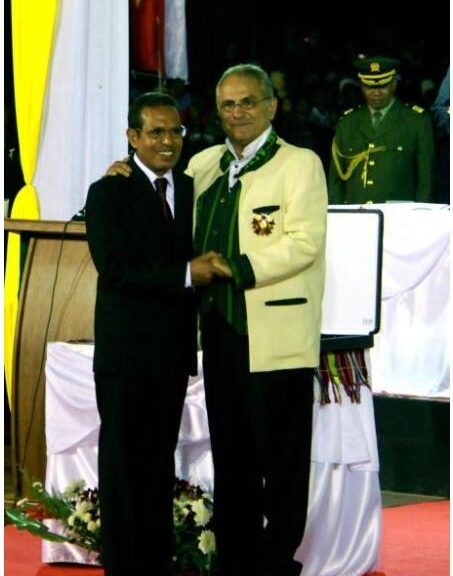 In the 2017 presidential elections, with the support of Xanana Gusmão and his CNRT party, Francisco Lú-Olo Guterres from the Fretilin won with almost 60% of the vote. The former guerrilla commander and former parliamentary president Guterres belongs to the generation of independence fighters from 1975.

The parliamentary elections confirmed the government of national unity. But while Fretilin was able to maintain its result of the previous election with 29.7% (23 seats in the 65-member parliament), CNRT only got 29.5% (22 seats) and slumped by 7%. The new PLP (Partidu Libertasaun Popular) party, headed by former President Taur Matan Ruak, won 8 seats. KHUNTO (Kmanek Haburas Unidade Nasional Timor Oan), a party that primarily targets disaffected young voters, entered parliament for the first time with 5 seats. The PD, which left the government coalition in 2016, suffered slight losses and got 7 seats.

At the CNRT congress after the election, party leader Xanana Gusmão terminated the grand coalition he had created. He saw his party in the future in the opposition.

A government coalition consisting of Fretilin, PD and KHUNTO was formed, from which KHUNTO left at the last minute. Timor-Leste was ruled by Prime Minister Mari Alkatiri with a minority coalition (30 out of 65 seats). Although the opposition parties initially announced that they were acting in the “national interest” and did not want to endanger stability, the three parties (CNRT, PLP, KHUNTO), led by Xanana Gusmão, formed an “Opposition Alliance with a Parliamentary Majority (AMP) ” together. They presented themselves as an alternative to the government. If the government program is rejected twice in parliament, the constitution leaves room for interpretation: Either there are new elections or the president instructs the second largest party to form a government. 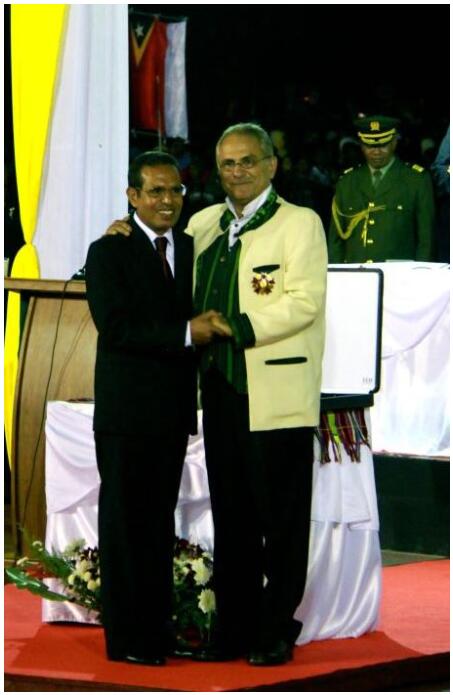 On January 25, 2018, President Francisco “Lu-Olo” Guterres announced the dissolution of parliament and announced new elections. He said: “Only the citizens can help us out of the political impasse.” The opposition coalition (CNRT, PLP, KHUNTO) led by Xanana Gusmão went into the election campaign together as the “Alliance for Change and Progress”. After successfully negotiating the sea border with Australia, Gusmão is once again at the height of its popularity.

In the early elections on May 12, 2018, which international and local observers described as free, fair and transparent, the opposition coalition successfully prevailed against the Fretilin and gained an absolute majority. At almost 81%, the voter turnout was 5% higher than in the 2017 election. With 34 out of 65 seats, Aliansa Mudansa ba Progresu (AMP) gained an absolute majority in parliament. It replaces the minority government consisting of FRETILIN and Partido Democrático (PD).

Fretilin was able to secure 23 parliamentary seats again, making it the strongest opposition force. A two-thirds majority is mathematically impossible without it. The new coalition Frenti Dezenvolvimentu Demokrátiku (FDD) and the PD won three and five seats respectively.

The voters gave the AMP coalition a clear government mandate in May 2018. But even when the government was being formed, positions were fought hard. The different interests of the parties became clear.

After almost a year of political stalemate, Taur Matan Ruak was sworn in as Prime Minister on June 22, 2018. Xanana Gusmão holds the post of Minister Advisor to the Prime Minister, and he is also Head of Maritime Borders and Oil and Gas Development. The CNRT secured other ministries that dispose of a large part of the budget.

However, President Guterres rejected the appointment of eleven ministers and deputy ministers, almost all of them belonging to the CNRT, on the grounds of misconduct or “poor moral standing”. Some are under investigation for corruption. In protest, Gusmão stayed away from the swearing-in ceremony. Together with two established members of the government, he has since refused to take office out of solidarity. The main vacant areas of responsibility are coordinated by Agio Pereira, Minister of State for the Presidency of the Council of Ministers. The nominated members of the government provide advice. In return, the government coalition refused to allow the president to travel abroad. The VIII government has been weak since it took office in June 2018.

According to estatelearning, Taur Matan Ruak was unable to reach an agreement with the president on the rejected ministers. The PLP itself withdrew two of its candidates. At the beginning of 2020, the CNRT broke the coalition when its members of parliament abstained from voting on their own budget. President Guterres did not see the solution in new elections. He entrusted Taur Matan Ruak with the continuation of the government and sought talks with all parties in the following weeks.

On February 22, 2020, Xanana Gusmâo presented a new government coalition, consisting of the six parties CNRT, KHUNTO, PD, UDT, FM and PUDD. He himself aspired to the office of prime minister. Taur Matan Ruak submitted his resignation. President Guterres took his time to appoint. To combat COVID-19, Parliament imposed the state of emergency requested by the government on March 28, 2020. Taur Matan Ruak withdrew his resignation on April 8th. About the vote on the extension of the state of emergency to combat the corona pandemic at the end of April 2020 broke up the new coalition. MPs from the Khunto and PD did not vote against an extension of the state of emergency as specified. Khunto announced that he was leaving the coalition.

Since then, Taur Matan Ruak has governed with a minority government, supported by the Fretilin, Khunto and PD. He created facts and filled 5 open positions in his government with members of the Fretilin, one open position went to the PD. The prime minister left the decision of the extent to which ministers of the CNRT remain in the government with their party. CNRT has asked the Court of Appeals to examine the constitutionality of several acts of the President. The court rejected the claim that the events were of a political nature and could therefore not be assessed by the court. On May 25, 2020, all CNRT members of the government submitted their resignation at the direction of the party. On June 24, 2020, the President of the Republic, Francisco Guterres Lú Olo, in a ceremony in the presidential palace Nicolau Lobato in Dili, 21 new members of the VIII constitutional governments. The budget was approved at the beginning of October 2020, and parliamentary debates on the 2021 budget began in December 2020.