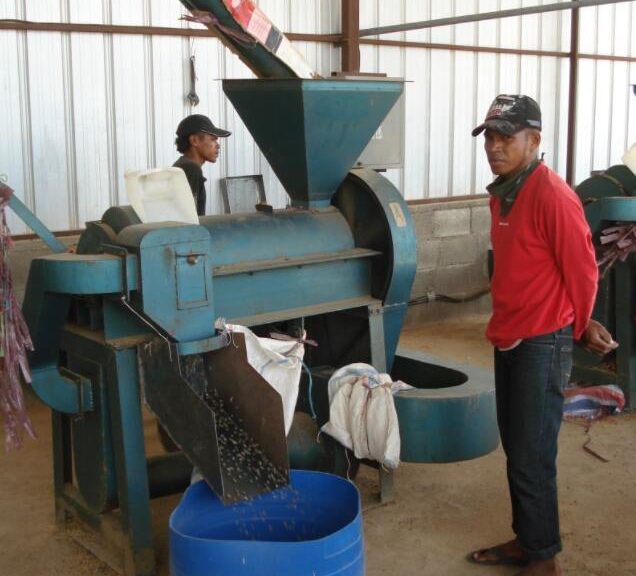 Half of the people live below the poverty line. The donor community generously supports Timor-Leste and the government has taken the country’s economic and social development as its main theme. The fight against poverty and corruption, the promotion of rural development, investments in the expansion of infrastructure and the health system are the key to this.

According to ezinereligion, Timor-Leste is the second most oil and gas dependent country in the world after South Sudan. Besides that the most important economic sector is agriculture. An industrial park for further processing of the oil and gas reserves is planned on the south coast of the country (see chapter: The dispute over the oil and gas reserves). As part of the project, the national oil company Timor GAP is planning an oil refinery in Betano. The local organization La’o Hamutuk has serious doubts about the feasibility. It lists deficiencies in the audit that ignore or play down important environmental risks. With the departure of the CNRT and the withdrawal of Xanana Gusmão from the ruling coalition, doubts about the technical and economic implementation of the project loud. The new Minister for Petroleum and Natural Resources, Vítor da Conceição Soares, sees a tendency in previous management to use technical studies only to justify their pre-determined decisions. The project has been submitted to the National Audit Office for re-evaluation.

Another major project is the ‘special economic and social market zone’ (ZEESM TL) in the Oecussi enclave in West Timor. The government plans to develop the enclave into a commercial, industrial and tourist center. In 2013, then President Xanana Gusmão commissioned Mari Alkatiri (Fretilin, Prime Minister 2002 – 2006 and from 2017) to carry out the cost-intensive project. To this end, four-lane roads and hotels are being built. In June 2019 developed for 120 million US dollars opened airport “Aeroporto Internacional de Oe-Cusse Rota do Sandalo”. Houses and gardens had to give way for the infrastructure measures, land was taken. The residents only received compensation after a lot of pressure, if at all. The majority of the residents of Oecussi are small farmers. After initial hopes for jobs and economic development, disillusionment spreads. The project misses the needs of the local population, such as better health care and education. There are allegations of corruption and nepotism.

A manufacturing industry has hardly developed so far. The tourism sector has a certain potential in view of the scenic beauty and the unspoiled nature. According to a survey by the Asia Foundation, the tourism sector had sales of 14.6 million US dollars in 2014. It is the third largest economic sector after fossil fuels and coffee. The government promises to have a targeted tourism policy. Jobs and investments: 200,000 foreign tourists are to come to Timor-Leste annually by 2030, 15,000 jobs are to be created and annual income of 150 million US dollars is to be generated. There are currently around 4,300 jobs in the tourism sector. The improvement of the infrastructure in the country should also contribute to the promotion of tourism. In 2018 the government presented a “Development Plan for a Sustainable Economy of Marine Ecotourism in Timor-Leste”: Timor-Leste is to become a reference in diving tourism and whale watching in Southeast Asia. The development plan also aims to create the necessary logistics and infrastructure for the protection and conservation of all marine life.

But the key to developing a tourism industry is access to Timor-Leste. Arrival is only possible from Singapore, Australia (Darwin) and Indonesia (Denpasar, Kupang) at high prices. With the corona pandemic 2020, tourism has come to a complete standstill. 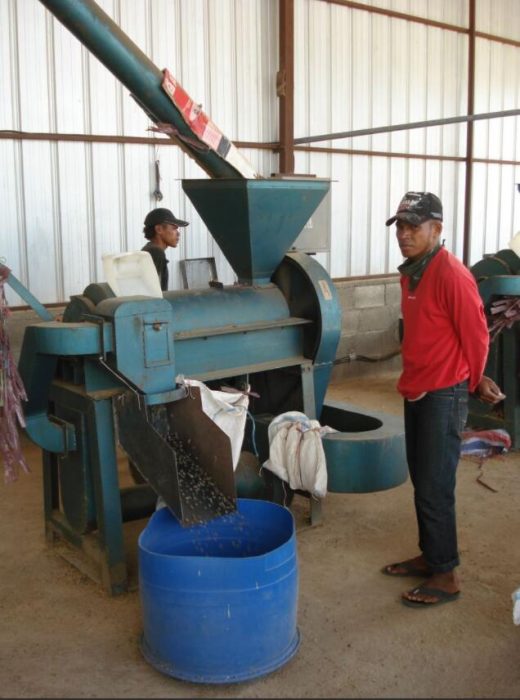 Around 70% of the population of Timor-Leste are engaged in agriculture, which is mainly practiced at subsistence level on less than 2 hectares of land. The contribution of agriculture to the gross national product is only about 30%. It goes hand in hand with low productivity and low income opportunities. The main crops are corn, rice, cassava, millet and sweet potatoes. Until now, rice imported from Vietnam and Thailand has been cheaper than local production due to the still inadequate infrastructure, lack of transport options and markets in the country. In recent years there has been a growing awareness of organic farming and local products in the country. During the Indonesian occupation, many people could only survive on wild plants. But then traditional local foods were forgotten. They are healthy and can contribute to food security. In the meantime, the local cuisine and wild plants are being upgraded by a still small movement. Innovative dishes are now prepared from what was once emergency food during war and times of hunger.

Local products are now much more integrated into the market and are sold in supermarkets in the capital. The soul of East Timor is reflected in the bond with the country and creates an identity. Traditions strengthen the adapted cultivation and the communities. They also have their place in modernized agriculture.