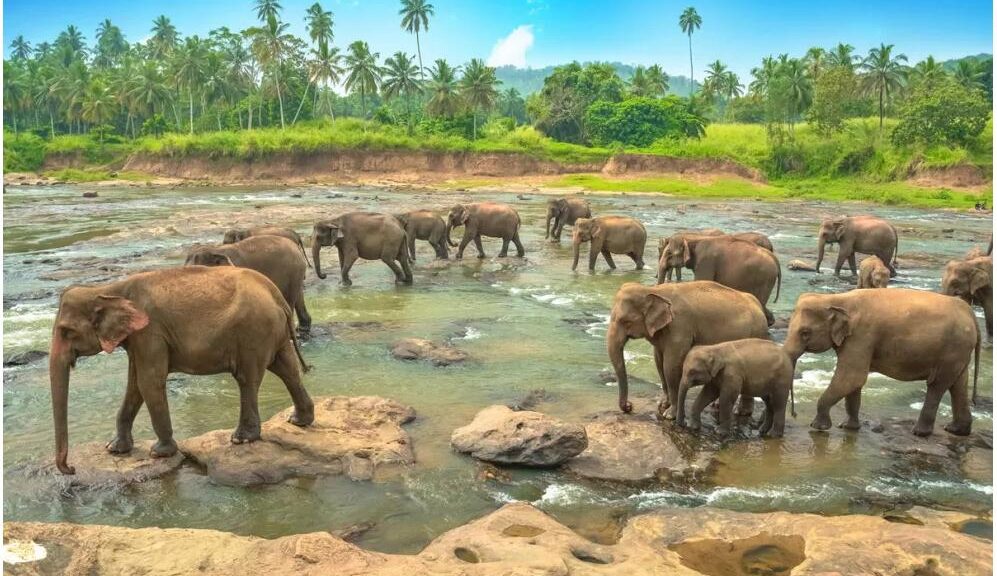 Sri Lanka is an island in the Indian Ocean off the southeastern tip of India. The country is mostly flat, in the southern central region there are mountains that are over 2,438 meters high.

It was occupied by the Portuguese in 1505. Then the Dutch India Company seized power and from 1796 to 1948 Sri Lanka was part of the Commonwealth of Nations. The country then had to fight bloody civil wars. In 1983 the conflict between Tamils ​​and Sinhalese escalated and the radical Liberation Tigers of Tamil Eelam (LTTE) gained strong support in their struggle for an independent Tamil state. The civil war ended in 2009.

According to pharmacylib, Sri Lanka is a year-round travel destination with generally good weather, but the country has two monsoons that affect different parts of the country at different times of the year. The one Yala monsoon season brings heavier precipitation in the southwest from the end of May to the end of September, the somewhat weaker Maha monsoon season in the north lies between November and February. However, it does not rain all day, but very heavily for a short time. March to mid-April is usually dry across the country.

If you travel to Sri Lanka you should pay attention to which part of the country you are traveling in. If it is sunny in the south, the probability of rain in the north is high – and vice versa.

The hilly landscapes around Nuwara Eliya, the Horton Plains National Park and Bandarawela are around 2,000 meters above sea level and are always a bit cooler. Long clothing is always advisable here.

All in all, Sri Lanka’s climate is quite uncomplicated and the sun is always shining somewhere in the country. The best travel time for the west and south coast is between December and March . At the north and east coast is the best time to travel to Sri Lanka in the months of May to September .

Due to its location near the equator, temperatures in Sri Lanka are constant all year round between 26 and 30 ° C, and often well above 30 ° C during the hot phases. The higher you go, the cooler it gets. In Kandy the temperature is a moderate 18-22 ° C, in Nuwara Eliya even only partially cool 14-17 ° C. There are days when temperatures can even drop to freezing. The humidity is high all over the island.

January to March is a nice time to tour the central mountain country or southwest of Sri Lanka as the days are sunny and dry and the sea is usually calm. The annual Galle Literary Festival takes place in late January or early February.

April marks the beginning of the southwest monsoons, so that is the time of the north of the country and the east coast. In the south it remains warm and sunny, but the showers increase and the sea becomes more restless. April 14th is Sinhala and the Tamil New Year celebrations.

While it is humid and hot in the south due to the monsoons, it is cooler in the central mountainous region. Between May and June there are always showers in the mountains. It is much more pleasant in the north and east of Sri Lanka. May is the celebration of the Buddha’s birth, enlightenment, and death.

The start of the school holidays is a good time to explore the cultural cities and wildlife of the north, as well as the beautiful stretches of beach on the east coast.

The weather in the north and east of Sri Lanka is still at its best between August and September. The Kandy Perahera is a great festival and procession that celebrates the relic of the sacred tooth of Buddha.

October and November are nice and warm and sunny across Sri Lanka, but between monsoons the weather is much less predictable and showers can be frequent. As the weather varies from year to year, a forecast is not possible.

While more and more rain falls due to the northeast monsoon on the east coast and in the north, the south and west are nice and warm and dry. Christmas and New Year are very popular travel times, so make sure you plan ahead during this time of year.

With 16 rainy days, October is the rainiest month of the year. January and February are the driest months of the year with 5 rainy days each. From June to September Sri Lanka is relatively humid with an average of around 13 rainy days each, the winter (November to March) is quite dry with 9 rainy days. An annual average of 11.6 days of rain falls per month.

The journey is mostly made via the Colombo airport. Ferries and cruise ships rarely dock in Sri Lanka. When entering Sri Lanka, a visa is required, it is advisable to apply for this before starting your journey. You can apply for a visa on arrival at the airport, but it is easier and more convenient to do it from home.

There is a wide variety of interesting dishes to choose from in Sri Lanka. Rice and curry are the staple foods. They are often very spicy, but usually quite mild in hotel restaurants. “Curry” hides an enormous variety of flavors. Chillies, coriander, cumin, pepper, mustard, cinnamon and garlic are just a few of the common ingredients.

Hopper, a snack unique to Sri Lanka, is similar to a pancake with egg, honey and yogurt. You can find a wide variety of tropical fruits in Sri Lanka all year round. Pineapples, papayas, and bananas are especially good.

Do not drink tap water in Sri Lanka. The local mineral water is safe to drink, but always make sure that the seal is intact. Alcoholic beverages are available almost everywhere, and imported beers and wines are very expensive. There are some good local alternatives.

According to the constitution, Sinhala, a language spoken by the majority of the population, and Tamil are the two official languages ​​in Sri Lanka. English is widely spoken. Place names and signs are almost always in English and Sinhala or English and Tamil, sometimes in all three languages. 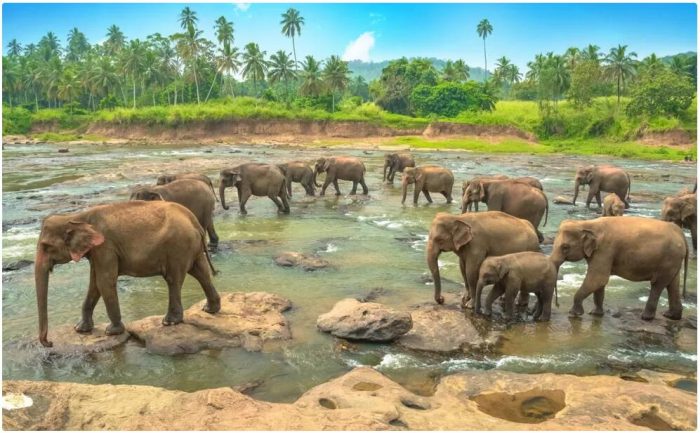